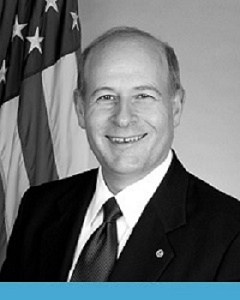 An internationally recognized scientist and executive with more than 30 years of experience, Dr. Spinrad is the senior scientist for the agency, driving policy and program direction for science and technology priorities. Until this appointment, Dr. Spinrad served as vice president for research at Oregon State University (OSU) in Corvallis, Oregon, and from 2003 until 2010, was the head of NOAA’s Office of Oceanic and Atmospheric Research and the head of the National Ocean Service.

As Assistant Administrator for research for NOAA, Dr. Spinrad directed the agency’s programs in oceanography, atmospheric science, and climate. He directly supervised several of NOAA’s high-profile research efforts, including ocean exploration, the National Sea Grant College Program, and the Climate Program Office, as well as seven NOAA laboratories around the United States.

Among his accomplishments, Dr. Spinrad was a co-lead of the White House Committee that developed the nation’s first set of ocean research priorities and oversaw the revamping of NOAA’s research enterprise. He also served as the Department of Commerce representative to the Office of Science and Technology Policy committee addressing scientific integrity.

He spent two years as NOAA’s Assistant Administrator for Oceanic Services and Coastal Zone Management, directing the agency’s navigation and coastal services, including the National Geodetic Survey, the Office of National Marine Sanctuaries, and the Office of Coastal Resource Management. As part of his duties, he represented U.S. interests in the establishment of a global tsunami warning system.

Prior to joining NOAA, Dr. Spinrad served as a research director with the U.S. Navy (Office of Naval Research and Oceanographer of the Navy), where he was awarded the U.S. Navy Distinguished Civilian Service Award (highest award given by the U.S. Navy to a civilian).  He has held faculty appointments at three universities, directed a major national non-profit organization, presided over a private company, and worked as a research scientist. He also developed the National Ocean Sciences Bowl for high school students.

Dr. Spinrad served as the U.S. Permanent Representative to the United Nations’ Intergovernmental Oceanographic Commission. He is the recipient of Presidential Rank Awards from Presidents George W. Bush and Barack H. Obama. Dr. Spinrad is the past-President of the Oceanography Society and was President-Elect of the Marine Technology Society. He is also a Fellow of the American Meteorological Society, the Marine Technology Society and the Institute of Marine Engineering, Science and Technology.

Dr. Spinrad received his B.A. in earth and planetary sciences from The Johns Hopkins University in Baltimore, Maryland. He received his M.S. and Ph.D. both in oceanography from Oregon State University.

For general information about OCEANS'15, including registration, please contact us at:
info@washington15.oceansconference.org
Oceans'15 MTS/IEEE Washington